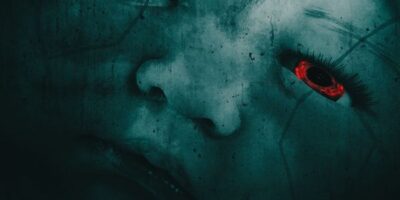 (My Device – My Master) Short Story (Fiction): A nightmarish fog held Professor Nigel Price in its grip. What’s happening? I can’t think. Do I even remember who I am? — I’m Nigel; Nigel Price, I’m a professor of robotics at the Burton Heights Institute of Technology. Where am I?

He tried to open his eyes. The light was soft, but he felt a jolt of pain shoot through his head.

He was enveloped in wires and tubes. He blinked, then blinked harder as if to wipe the sleep from his eyes. Where are my glasses? He tried to look around. Then something caught his eye; at first, the image seemed blurry.

Was that a robot?

He tried to rub his eyes, but the wires restricted his arms, and his side ached. The pain was distant, but his body was weak. He opened his eyes again and felt his heart start pounding as the image became sharper.

That can’t be real.

The robot had a plastic face and stared and Nigel through two black camera lenses. His next impulse was to free himself. He yanked at the wires and pulled the tube from his mouth. The robot responded immediately, turning, it said something in a digitized voice that Nigel did not absorb. A bulkier robot approached him and held him down with metal arms and fingers that dug into his arms. The first robot and another robot about the same size pulled straps over him and tied him down.

A distorted voice said, “Professor Price, you’ve had an operation. You need to stay calm. We’re here to help you.”

“What operation? Why? Where am I?” Nigel’s voice was hoarse.

“I can explain later, but the operation was to keep you alive. You must rest now.”

Nigel wondered what the robot meant by that. Am I some kind of lab rat? Where were all the people? Am I the last man alive? Why would they choose me and not someone younger? This can’t be real.

“I’m a professor of robotics, I know you can’t be real.”

The robot was checking the maze of wires and tubes. “I assure you I am quite real. Please Professor, you really must rest.”

Their dexterity is amazing. Whoever made those machines is years ahead of our team. Decades ahead!

“I’m impressed, you would pass the Turing Test with ease.”

The robot did not seem to understand that last remark.

“I mean you seem to possess genuine understanding, not just language processing. And your tactile feedback is like nothing I’ve seen. You can hold a patient down without crushing him yet handle wires with a deft touch. You’re the most advanced robots I’ve ever seen.”

It doesn’t matter who made them. I’ve got to get out of here.

Nigel struggled against the straps that held him “Let me go. Please, just let me go. I command you to let me go now.” The big robot held Nigel’s head steady while a smaller one inserted the tube back into his mouth.

He noticed a new robot that said something about administering a sedative. He felt the prick of a needle in his arm; within a minute, the fog returned …

Marty, a beefy 25-year-old orderly, originally from New Zealand, was holding Professor Nigel Price down like a lion might hold down a baby gazelle. “You’re not going anywhere, mate.”

Karen was finishing her frantic work of re-attaching electrodes and checking that the saline drip was inserted correctly while June finished checking that the straps were secure. The Professor’s struggling ceased as the sedative took full effect and the heart monitor began to show a steady pulse again.

Marty asked Dr. Carmel, “What was all that business about robots and tactile thingamajig that he was going on about?”

Dr. Carmel finished scribbling on some paper and handed it to June. “Just between you and me,” Dr. Carmel winked, “The patient had a post-operative hallucination which is quite common in patients his age. He seemed to think robots were trying to do something unpleasant to him. Paradoxically, he wrote a paper with Dr. Sam Pressnell from our Neurology department on the limits of AI, and long story short, he has a few of us, including me, convinced that unless there is a breakthrough in what’s known as general artificial intelligence, robots will never completely emulate human cognition; much less take over the world.”

Dr. Carmel had a grin on his face, so Marty laughed, hoping to give the impression that he understood everything that Dr. Carmel said. “Robots taking over the world. Like Arney in The Terminator. Must have been some trip.” Marty turned towards the door and said: “Anyway, I might try to have lunch now.”

Marty found an empty table in the shade outside where there was not too much glare and sat. Ignoring his coffee and sandwiches, he got out his smartphone, opened Facebook, started scrolling down, and soon became oblivious to people and traffic passing by. He even ignored the sparrow that scavenged for crumbs on the ground near his feet.

He paused his scrolling for a moment as the gleaming chrome pipes of a Harley caught his eye. How bizarre. An ad for a Harley. I was thinking about buying a Harley the other day. How did they know?

He took a sip of coffee without looking at the cup. He scrolled down past a video of cats doing funny cat things. Meh cats. Further down, he saw a post about politics. He rolled his eyes and took a bite of his sandwich. He checked his notifications and saw that three friends had liked and commented on the selfie taken at the gym.

Marty was jarred back to the real world by the sound of a chair scraping next to him. Marty felt as much enthusiasm for the intrusion as listening to nails scratching across a blackboard.

Peter from IT stared at Marty through black-rimmed glasses. “Hi, Marty.”

“It’s been hectic. We had an issue with one of the servers going down Today. What about you?”

“Nah all good here. Just checking some posts on Facebook.” Marty returned his gaze to his phone, hoping that Peter would take the hint.

“You know those things are addictive,” said Peter.

“They track you, and they use AI to get people to buy things. It’s all engineered to keep you staring at that screen so they can make more money out of you. And too much screen time actually rewires our brains.”

“Mate; you’re not one of those dudes who think that robots are gonna take over the world, are you?”

Marty stood, clutched his phone like it was made out of gold, shook his head, and walked away.

Peter called after him, “What about your lunch?”

No comments to show.